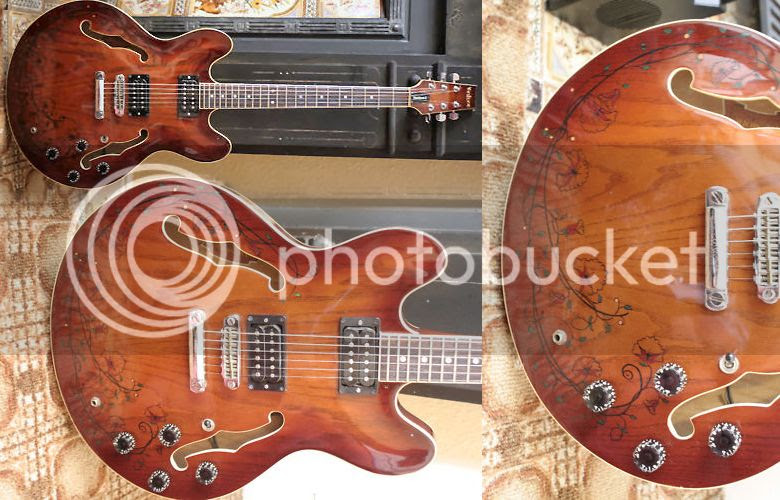 Westone Guitars, built by the now legendary Matsumoko factory of Japan, were hugely popular in the 1980s and rightly so. They were exceedingly well built but at the same time were usually very affordable. The one drawback, for me at least, was that many of their models were decidedly ugly looking (which didn't stop me owning a Westone Thunder I-A fretless bass). This one, however, the Westone Rainbow from 1981 is quite a beauty, which I guess is understandable seeing as it was their top of the range model at the time. Obviously it's inspired by the Gibson 335 semi-hollow body, and I'd guess that it'd have the same construction featuring the solid block through the middle of the body. This example also features a discrete flower design, which is said to be original to the guitar and not a later addition (the seller says it was a "review model").

This guitar is currently being offered for sale on eBay, and with less than eight hours to go as I type this it has garnered quite a lot of interest and bids already.