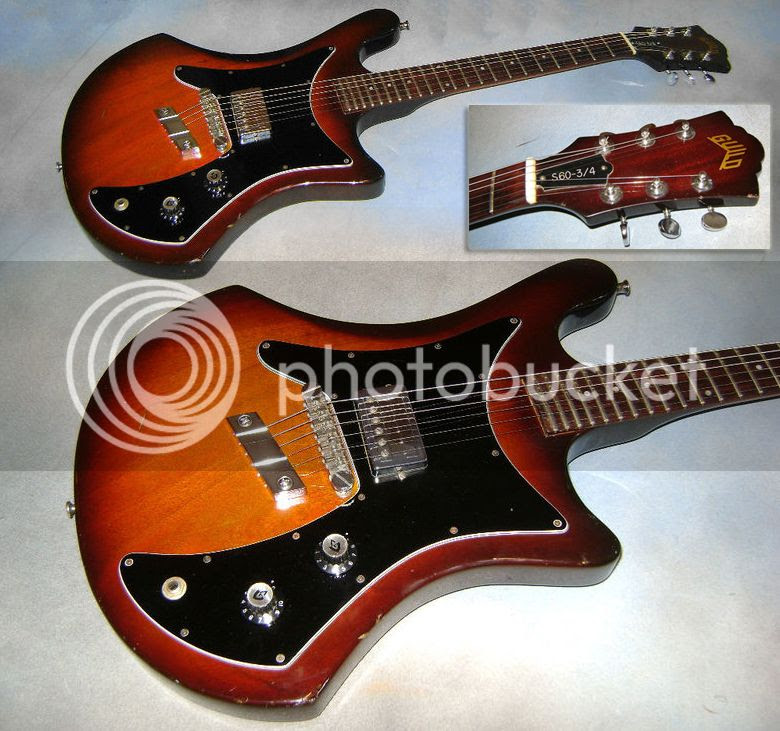 In 1977, Guild introduced the S60 guitar series of solidbody electric guitars, a line of instruments which were in production until the early 1980s. The S60 itself had a single humbucker, whereas the S60 D intially had dual humbuckers on earlier models, and dual P90s on later models.

Picured above is a rarer Guild S60 3/4 from 1979, which as the model designation suggests is a 3/4-scale version of the standard S60; a "Mini Me" version, if you will. Whether this was intended as a younger player's guitar, for those of a smaller stature, etc, or whether it was to enable the player to use higher tunings, e.g. a fifth above standard, I don't know.