Japanese-made Westone guitar from 1964? I'd aways thought they were from the 1980s 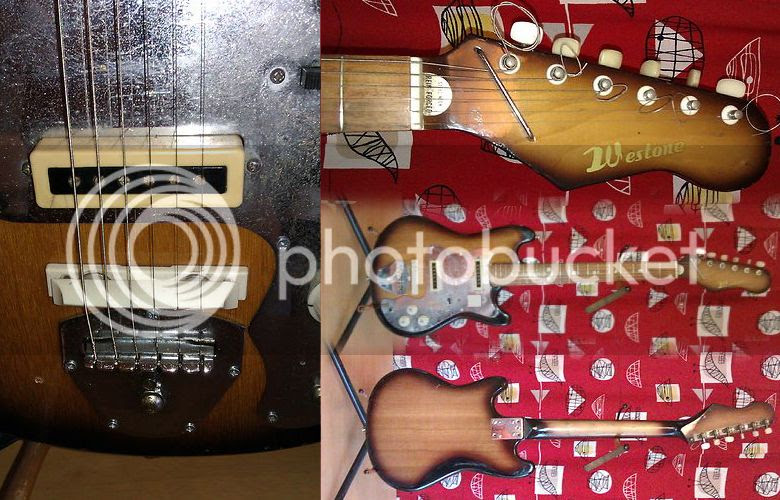 We've looked at several Westone guitars previously here at Guitarz. As we've mentioned before, Westone was the house-brand of Japan's Matsumoku factory with guitars being produced from 1981-1988. The Westone name was later used for the Westone "Prestige" series with guitars being made in the UK, and even later in the 1990s the Westone name was applied to Chinese and Korean-made instruments.

What I have not been sure about, however, is the origin of the Westone name. I had assumed the story started with Matsumoku in the 1980s, but pictured above we see a generic-looking Japanese solidbody electric guitar from the 1960s (this particular example being circa 1964) and which clearly shows the Westone name on the headstock. Evidence that the name was around a lot earlier than the 1980s.

I can only surmise that the brandname was resurrected by Matsumoku in the 1980s from an earlier brandname appearing on certain Japanese-made guitars. The seller of the above-pictured instrument (recently was offered for sale on eBay) has commented that this particular model was also available under the Kent brandname.

So, if anyone out there knows more about these early 1960s-era Westones, please do let us know. The only literature that I can find about this name states that it was a "new" brand of the Matusumoku company as of 1981, but clearly this is not true.