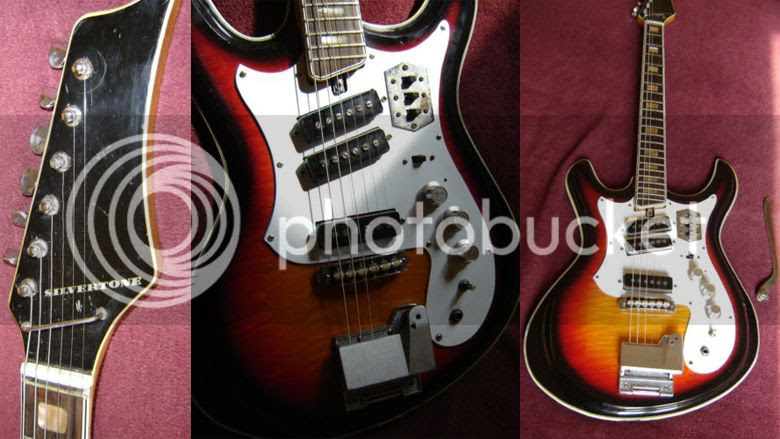 Again, I don't have too much information on this 1969 Silvertone guitar. Despite having seen better days it's still quite a beauty. The pickup covers have been removed; the seller says they were taken off because they were rusty - I still would have liked to have seen them in place on the guitar. The Silvertone brand was sold through Sears, Roebuck and Company stores with guitars being supplied by a number of manufacturers, most notably Danelectro. I'd hazard a guess at this particular model being of Japanese origin. The Japanese were very fond of imitating Mosrite guitars, and the headstock looks very similar to that found on early Yamaha SG-2 and SG-3 guitars, for instance.

This auction is finishing in approximately three and a half hours at the time of writing with bidding currently at $250.