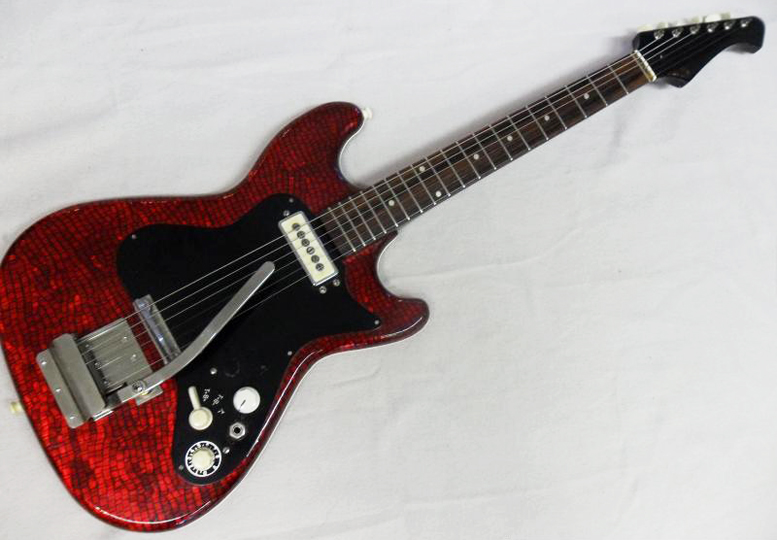 Nothing exceptional here - just a good old cool vintage Klira in fancy finish, but I take the opportunity to remind some facts. First, about Klira: it was an underrated guitar brand from West-Germany that unfortunately left no online archives. Like many German guitar companies, it's originated in the areas of Markneukirchen about which I talked in a previous post - it's more precisely from Schönbach that is nowadays in Czech Republic,  starting as a bowed instruments company in the late 19th century.
Like several other companies - such as Höfner - after the WWII it relocated in Bavaria where it started to produce Schlaggitarren - these great hollow body guitars, then solid body guitars, including this budget one-pickup model, unbranded and sold by mail order. Klira disappeared in the early 1980s, unable to cope with new competitors from Asia.
Another thing I evoked before and might be still difficult to grasp for our American or younger readers, is that before the explosion of guitar music - then guitar market - the most popular instrument in Europe was the accordion. It is now so out of fashion that it's hard to imagine that it was once the icon of modernity in music - you even had electric accordions with effects and I know some accordion avant-garde music that would make great science-fiction soundtracks. Before jazz and blues became the root of the best 20st century music, Europe had already surrender for a long time to fusion american sounds, and for example had danced avidly to Argentinian tango, that was mostly accordion-based in its European versions.
So when guitar took over, several music instrument companies didn't shift from violin/cello to guitars like Gibson or Klira, but from accordion like swedish Hagström or italian Eko, and since they were great at making synthetic flashy, patterned, glossy, sparkly finishes, they kept doing it on their guitars. It's been so fashionable that even Klira, in spite of its more classic background, started to do the same - though they still used wooden bodies instead of more usual plywood for these kind of models. Look at this faux-mosaic effect: you still have a lot of these irregular mosaics on 1950s/1960s modern murals in European institutions, it looks so foreign now!
Oh, and the trem is cool too! 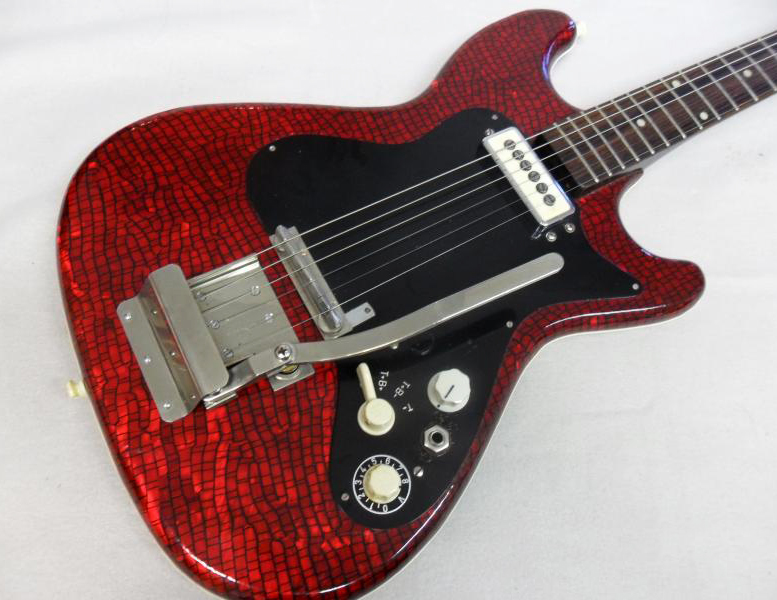 guitarz.blogspot.com
Posted by bertram at 2:51 pm