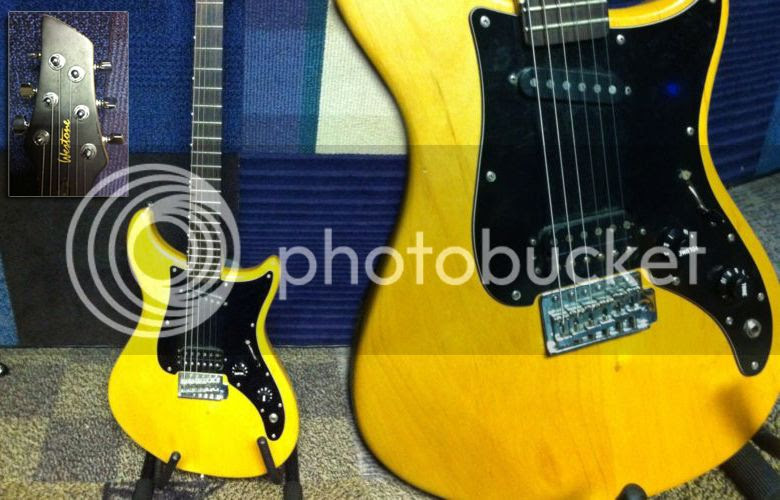 On seeing the Westone name you'd be forgiven for thinking that here was another Japanese Matsumoku-made guitar. However, as part of Westone's 1990s-era Prestige series, the Westone Cutlass was actually made in the UK by Status, known for their Status Graphite basses which started out as a headless design in the 1980s.

(The Westone Cutlass pictured here however, is not headless. It's just a bad photograph. I do wish that eBay sellers would always include at least one photograph of the entire length of the guitar, face-on, and not cut parts off, e.g. the headstock as in this case.)

The design, which appears to be somewhere between a Fender Lead II and a G&L SC-2, was by legendary British guitar maker, Sid Poole.

This is a quality British-made guitar, which would have orignally retailed at around £500. The auction for this example is ending very soon; with bidding currently at less than £100 at the time of writing, someone could end up with a very nice guitar at a very nice price.