A Les Paul that thinks it's a Strat 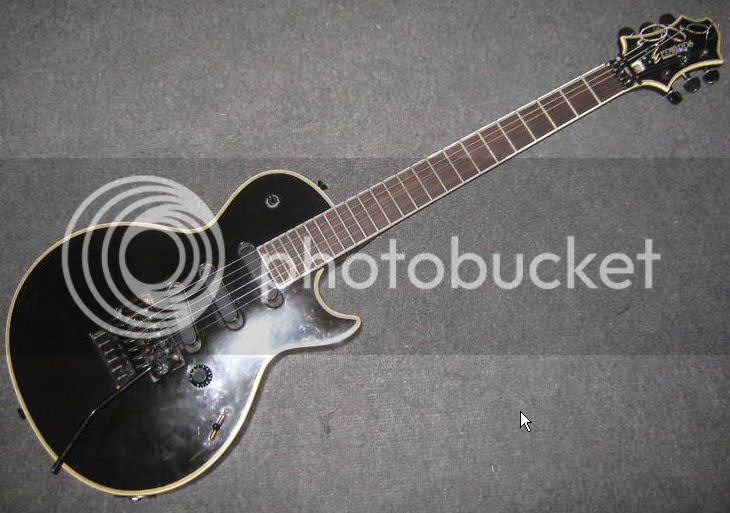 We've all seen "Double FAT" Strats which are outfitted with a pair of humbuckers in an attempt to emulate the Les Paul sound.

However, I've not previously seen a guitar so obviously styled after the Gibson Les Paul but featuring the Stratocaster triple single coil layout including the angled pickup in the bridge position. This guitar, from 2008, is an ESP Edwards E-CL-96I Luna Sea Sugizo model, that is to say, another Japanese signature guitar designed for a Japanese musician we in the West have never heard of.

In keeping with the Strat part of the equation, the guitar has a bolt-on neck and a tremolo. In this instance the trem is a Floyd Rose, which aren't totally unheard of installed on Les Pauls. Gibson have a Floyd-equipped Les Paul, the Les Paul Axcess Standard, in their current catalogue.