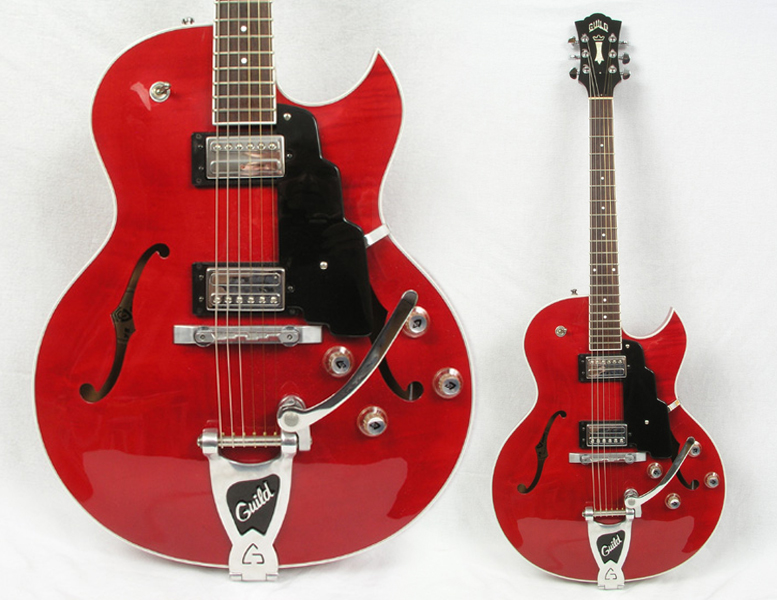 It's a pity that Guild restricted their production to acoustic guitars, because during their long history, they've been releasing several iconic electric guitars, including this Starfire III - this one being a 2002 reissue of a 1965 model. Its headstock bears the DeArmond logo together with the Guild brand, at the time these guitars had an in-between status, the company having been sold several times and its production moved around in the US and far-east (it is now the property of Fender) - can't tell more, it is not so easy to find precise information about it.
I love the florentine cutaway, the art-deco pickguard, the old school pickups, the Bigsby-like trem - all that is very classic but sometimes it's good, if it's what music requires.
Bertram
© 2011, Guitarz - The Original Guitar Blog - now in its 10th year!
Posted by bertram at 11:59 am