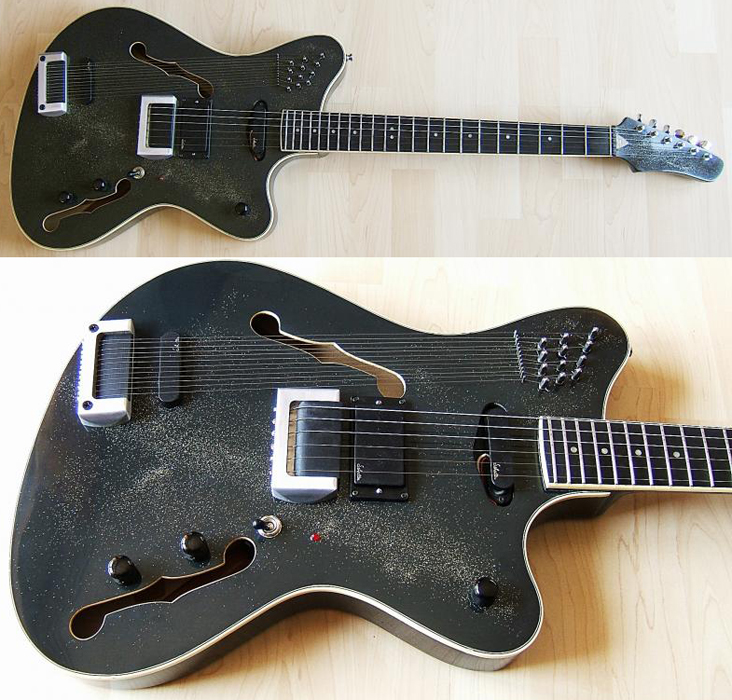 I should really not be posting about this baffling Doderer Guitar Sitar, I should keep it secret and go out there and try to sell a kidney so I can buy this super rare and desirable instrument by German luthier Henning Doderer (you can check his website, but you won't find the sitar, it seems to be a very limited production).
I love guitar sitars, well I love the idea but the Coral/Danelectro original from the 1960s and its several copies are not so attractive (but the Baby model), they feel like complicated toys, when this one looks like the serious stuff. Its semi-hollow body is based on the Framus Television with its characteristic asymmetric F-holes, it has the necessary buzz-bridges - one for the regular guitar neck and one for the extra drone strings.
Who could ask for more?
bertram