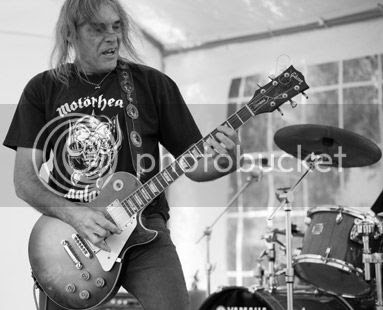 For today I was planning on doing a small piece about a couple of custom guitars as used by Motörhead. However, it's with a kind of sad irony that another Motörhead-related story has turned up; believe me, I'd much rather be blogging about the guitars.

The guitarist had recently been working on new material with his new band, Leader of Down, who had previously announced the release of their debut single for early 2010.