Eric's Kingma acoustic bass - and you thought an Ernie Ball Earthwood was big! 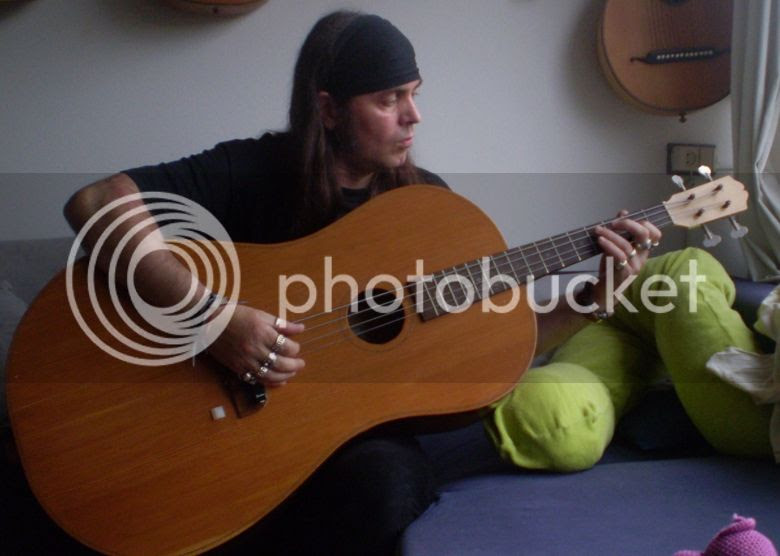 Wow! Just look at the size of this acoustic bass (and here's an Ernie Ball Earthwood by way of comparison). This bass is owned by Eric Geevers, who tells us that:


[It] was built by Dutch luthier Y. Kingma in 1973. There's only one other built just like it and, according to Mr. Kingma's son, that 'other one' is owned by Robbie van Leeuwen (who wrote 'Venus', a US #1 for Dutch band Shocking Blue). Kingma made some more strange guitars/lutes/dulcimers, sometimes indeed only making one or two of them.

Thanks for sharing, Eric. Also, it's good to see photos of people playing their instruments.