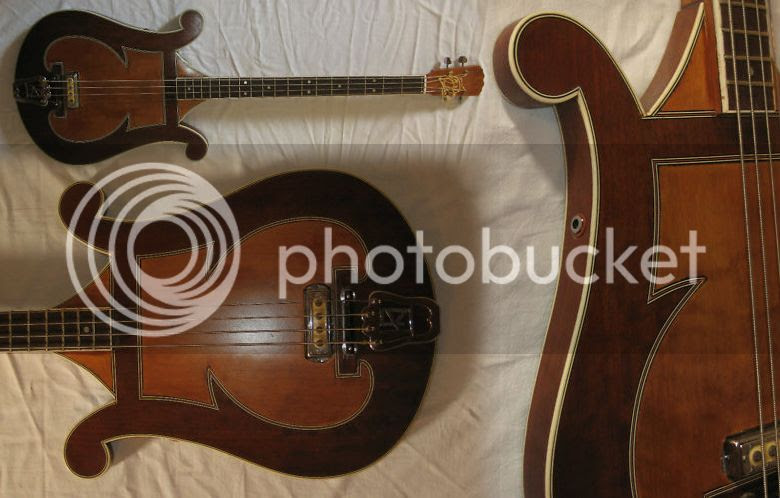 This one-off bass from the 1970s, made by luthier K. Pagratis (who sounds Greek to me), has a very dated look to it, whilst at the same time having a classical beauty with its lyre-shaped body. Electrics are kept to a bare minimum with a single pickup which couldn't get closer to the bridge if it tried, and with no controls for volume and tone it is wired directly to the output jack, which - bizarrely - appears to be mounted on the upper side of the body. (Even if this bass was originally intended for a left-handed player, it's still a really weird location). The bass is supposedly a hollowbody despite an absense of sound holes, which results in a weight of almost 3 kilos (7lbs).

Hey, but it doesn't sound at all bad, as this video - made after the bass was "refabrished" - demonstrates:

Yeah, it's totally unique, it sounds nice, but I don't fancy the £6,500 Buy It Now price tag it has currently on eBay UK.