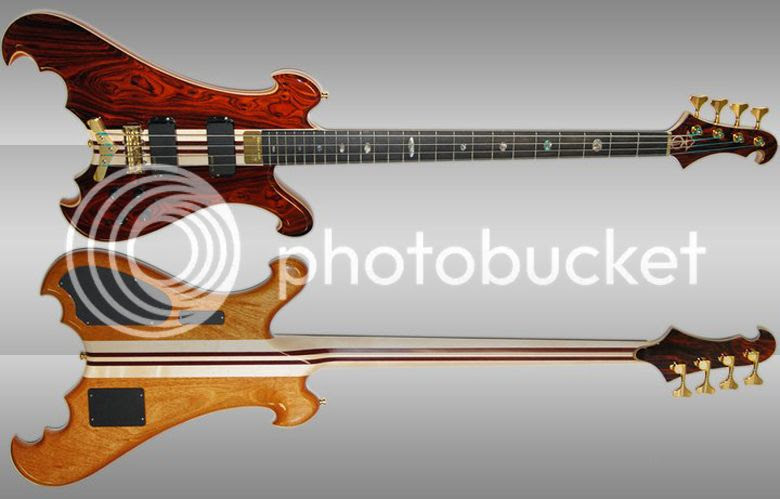 Alembic surely must be one of the world's first - if not the first - makers of boutique electric basses. Notable players have included Stanley Clarke, John Entwistle and Jerry Garcia (yes, they did make the occasional guitar too).

This Alembic Dragon Wing bass is quite stunning and could be considered an evolved version of the late John Entwistle's Buzzard Bass design which were produced by Warwick basses.

Currently being offered for sale on eBay with a Buy It Now price of $6,290.