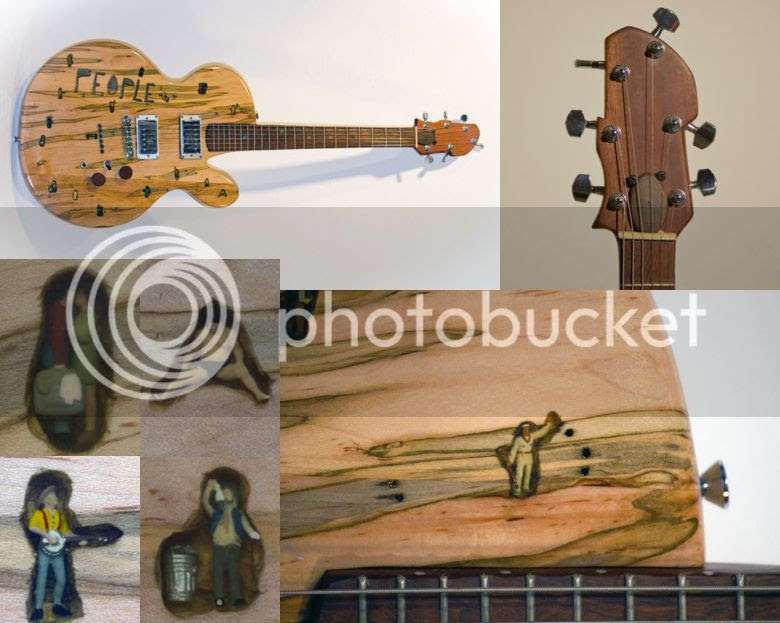 This guitar is really quite eccentric. Built and played by guitarist Ben Simon who played it on the European tour of his band, Get The People, it has a partially chambered ash body with ambrosia maple top. The word "PEOPLE" serves as a soundhole in the chambered area, whilst hollowed out recesses in the guitar's top have been populated by tiny figures of people (apparently bought from a "model railroader's store"; I guess these are the sort of figures you'd see on a model railway layout, although I'm surprised that a Sumo wrestler is included!) which have been sealed into the top with epoxy.

The body shape with single cutaway and slightly exaggerated lower horn plus headstock with seemingly randomly-placed machine heads puts me in mind of the Musicvox Space Cadet. It's a fun guitar, but I would have thought that it means the most to its creator, and fear that the eBay starting price of $1,750 and Buy It Now price of $2,250 may simply be too high for such a curious piece.