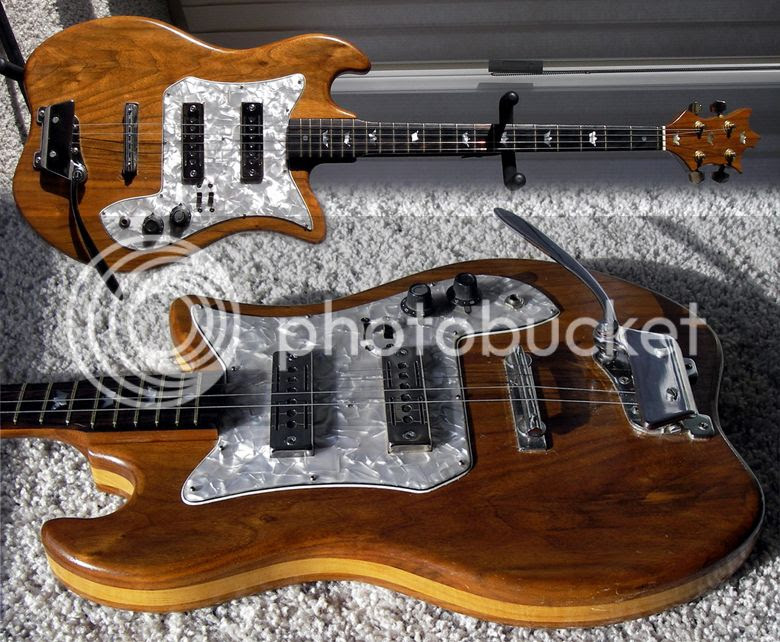 ...speaking of Teisco guitars, this custom tenor guitar not only has parts from an el cheapo 1970s-era Japanese Teisco (often branded as Kay in the UK) but the body shape seems to be based on the same, although with an extended "bottom".

Despite the interestingly-shaped headstock implying that the wooden parts were all custom made, it looks as if it was originally intended as a 6-string guitar because the neck has obviously been whittled down to the width of a 4-string - witness the change in width where the neck sits in the neck pocket of the body.