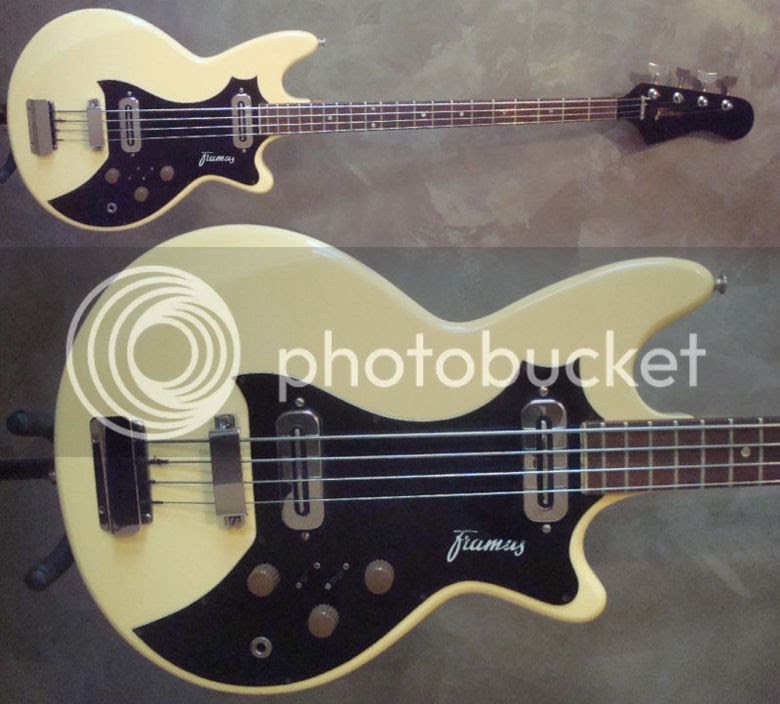 Here's interesting: a Framus Strato Star Bass from the 1960s, which according to the seller has only been very lightly played so is in excellent condition and with frets like new. These models were built by Framus from the beginning of the 1960s and represented their almost reluctant breaking away from resonant hollow-body basses. The Strato Star Bass was available with a choice of beige (as seen here), red, black, or sunburst finishes and with one or two pickups. The neck on this example is extremely narrow across its width up at the nut - as was common with many basses of this vintage - according to the seller it's as wide here as it is deep so must have a very "baseball bat" feel to it.

Other examples of this model had a different neck with a headstock resembling that of my old Vox Clubman II guitar. I've seen that exact same design on a number of different, (I thought) un-related brands from the 1960s, and still haven't gotten to the bottom of what the deal is here. Who was copying who - or - were the necks all coming from the same supplier?