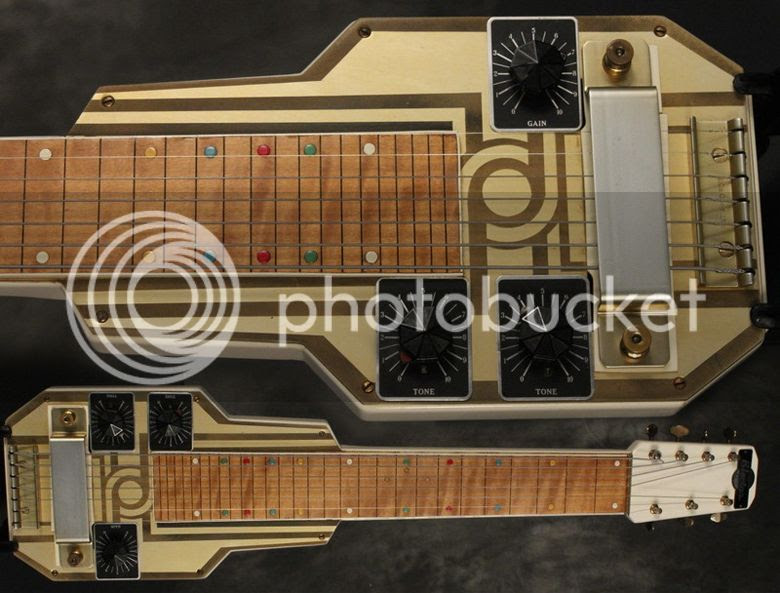 Here's an early Epiphone from way before the company had any links with Gibson. We've seen guitars before with an Art Deco design to them; none seem to pull it off more successfully than lap steel guitars such as this Epiphone Electar 7-string lap steel, which the seller claims is from the late 1930s. This would partly be because being a lap steel instrument it's not subject to the same ergonomic constraints as a guitar played "Spanish" style, if I may borrow that antiquated term. Also, if it's from the 1930s then it's the correct period for this style of design so it's the real thing and not just a latter-day homage. I particularly like the ocatagonal control knobs which look as if they might be made from bakelite, although I can't imagine why there would be two tone controls for just a single pickup.